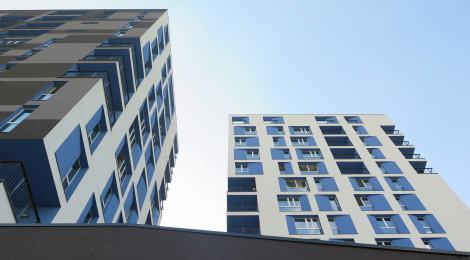 MILANO 2012 [with Teknoarch srl – See also Expo Village Under Construction] – UP! was part of the team led by Teknoarch for the design of one of the Expo Village buildings. The residential building is part of a wider project for 11 towers intended to accommodate at first delegations and operators of the great event and subsequently transformed into a residence in subsidized rent. The change of use requires a flexible design solution and the intended end use  impose a right-cost design strategy. 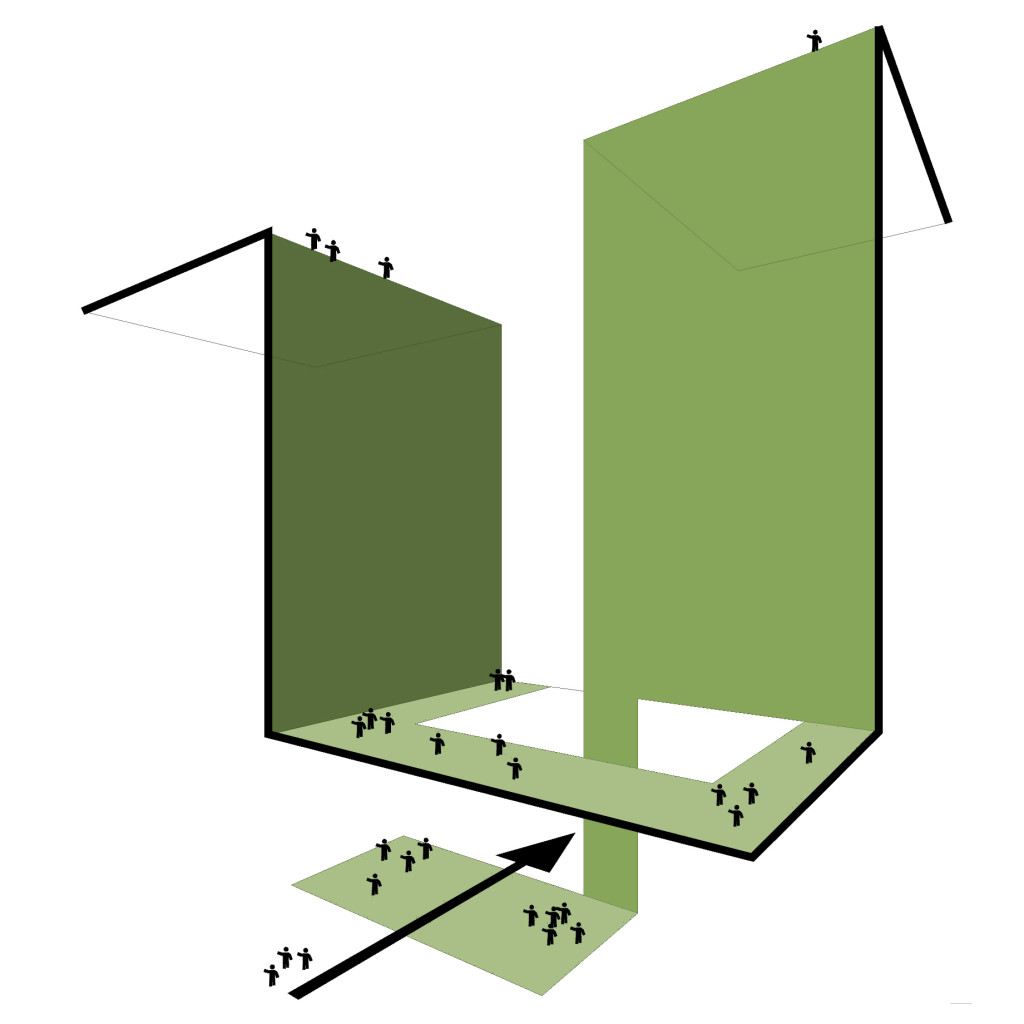 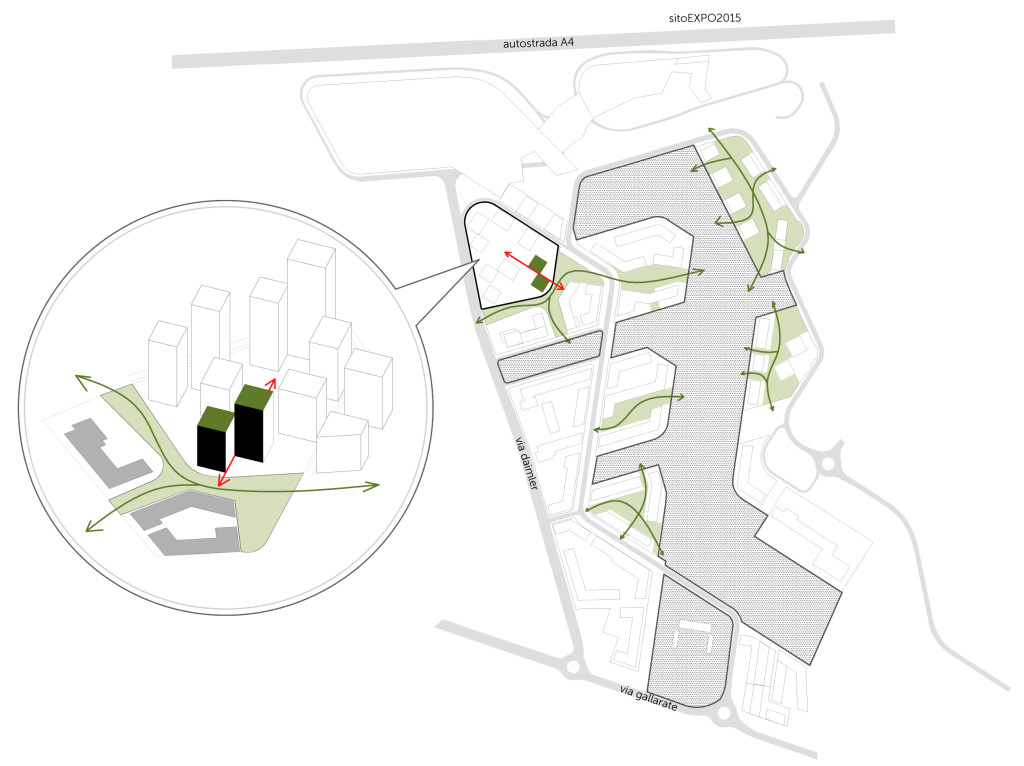 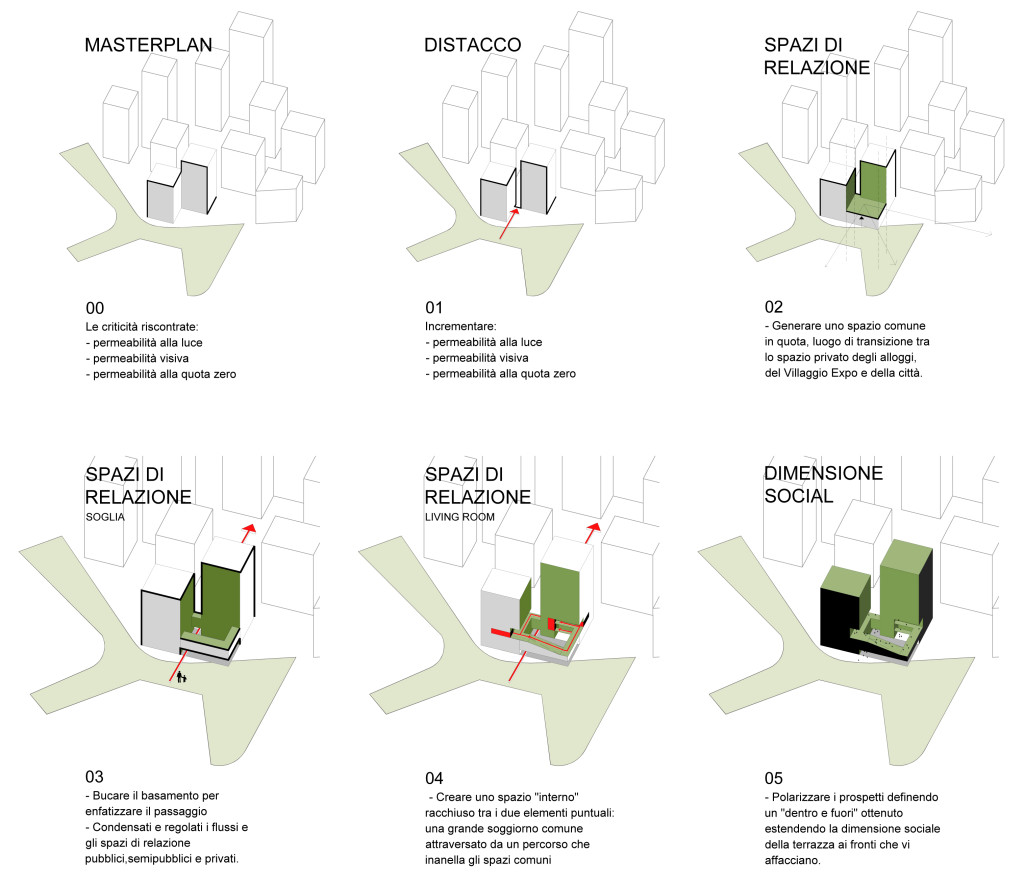 The building occupies the southern part of the Expo Village and constitutes the limit and the threshold between the spaces within the cluster and the public spaces part of the general masterplan. It consists of two residential volumes joined by a common base.
Arranged according to the orthogonal grid that unites the entire project, the volumes are offset to avoid overlapping of the facades, also to facilitate the passage of light to the open spaces behind them, so drawing a thin piece of sky that features the skyline and emphasizes the transition from intimate spaces to the city. The ground floors leads the building to human scale and defines a porch that welcomes flows and strengthens the relationship between the building and open spaces, generating a thick threshold.
The absence of living areas within the apartments  during the Expo phase has led to the design of common living areas which will be subsequently used on phase 2 as community gathering points. With this intent the two towers are connected by a base on two levels, that should make spatially the threshold between public and private spaces, housing and some public areas and a large terrace, which becomes the typical feature of the building. The terrace in quota with the space of the walkway and the paths between the common rooms are a restatement of the urban dynamic inside the building, generating a spaces of social aggregation for use by residents, a living room for the guests of the Village 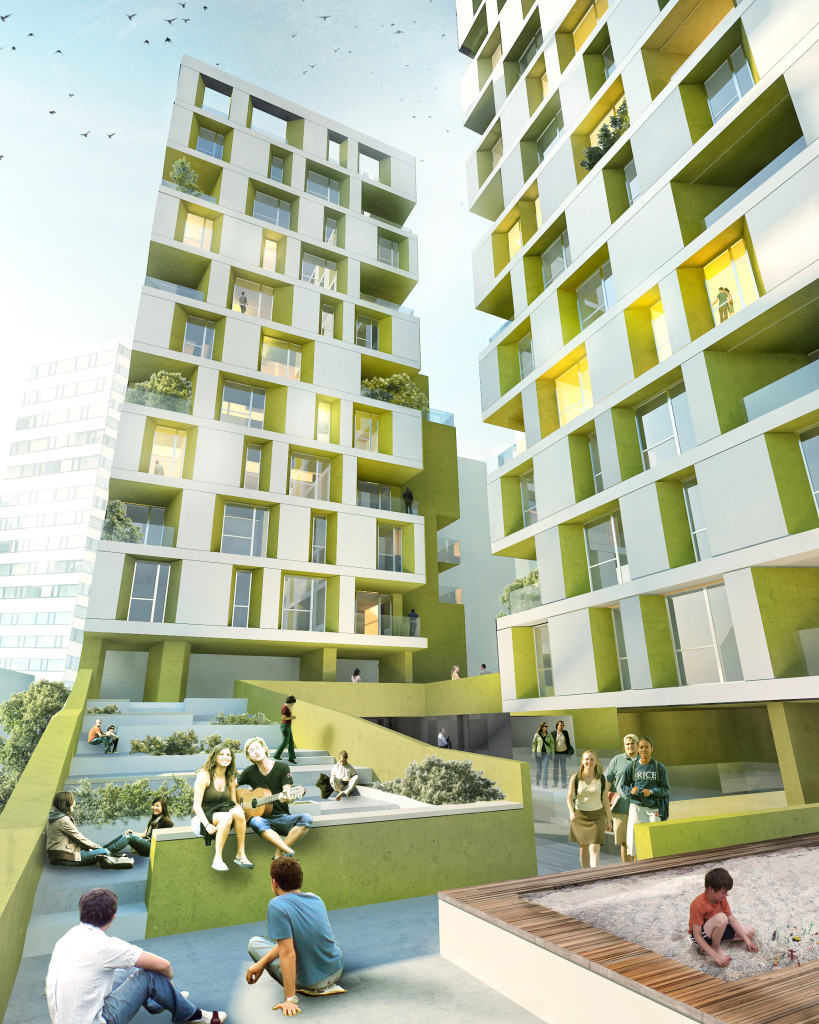 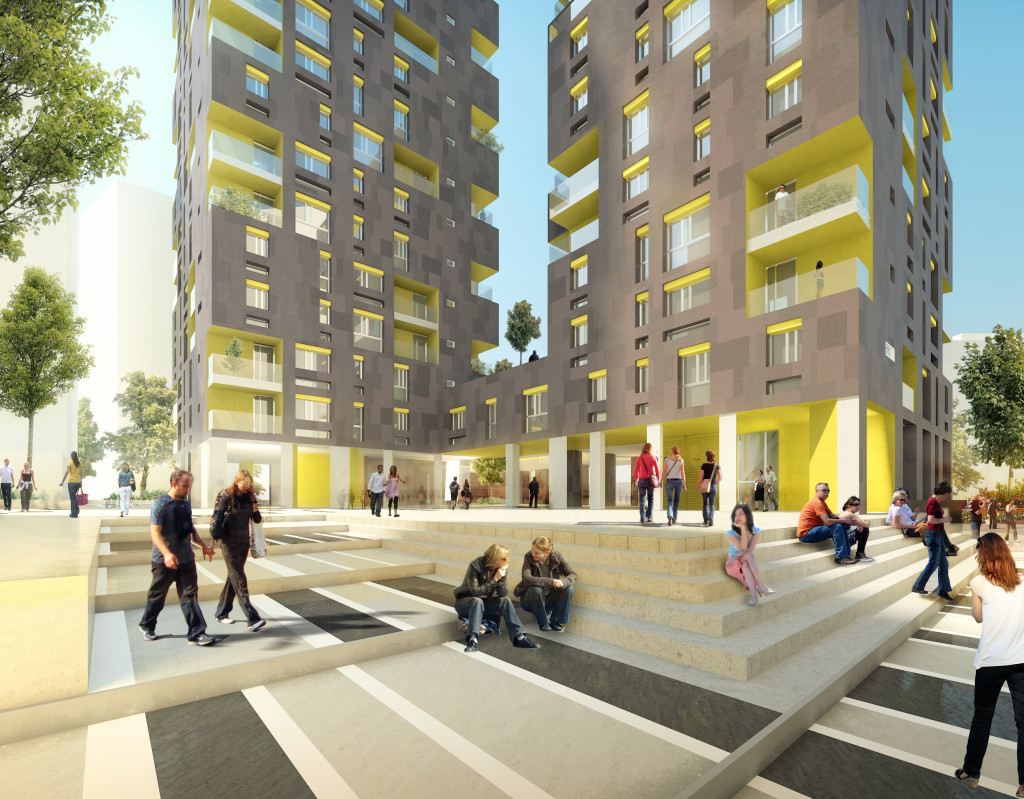 The language of the facades emphasizes the value of these spaces. The building is shown as a single mass from the outer surface, which was subtracted the one hand that, by contrast, reveals an internal clear. The polarization of the facades extends the character of the terrace at the sides creating a reservoir that enhances the relationship spaces. The dark surface is marked by a rhythm of balconies and windows that defines  a complex but regular order. The clear surface has a random rhythm of openings pointed out by colored carvings. 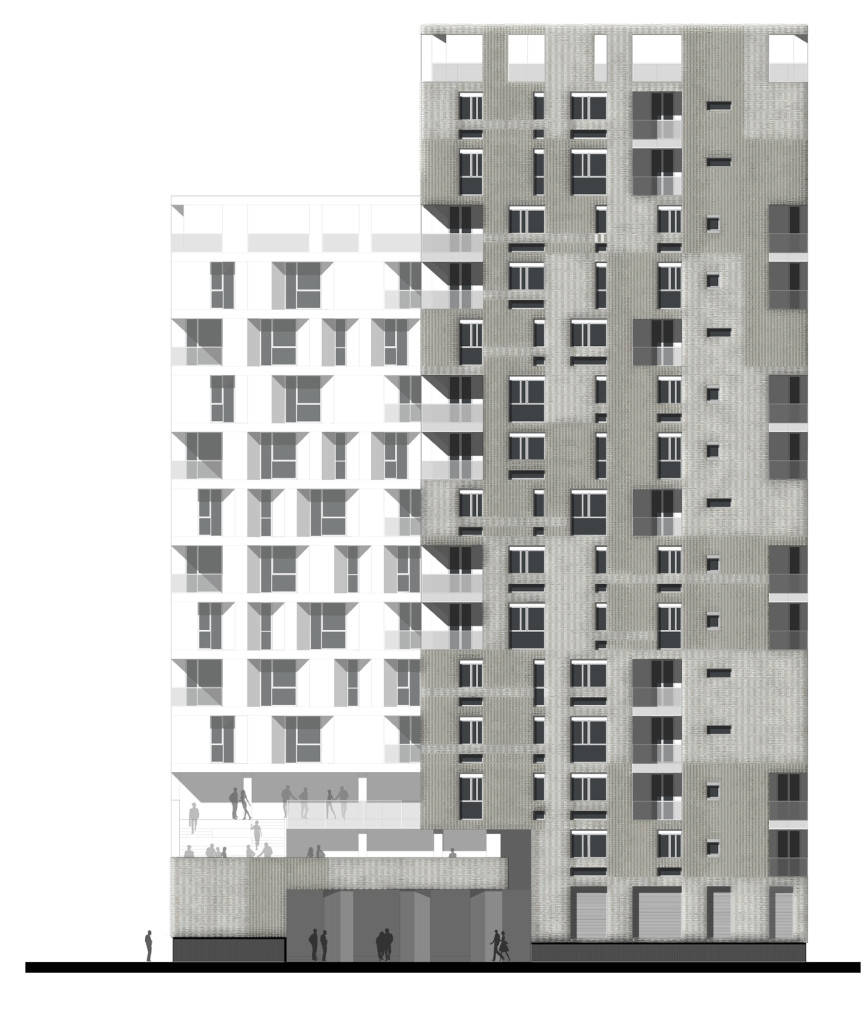 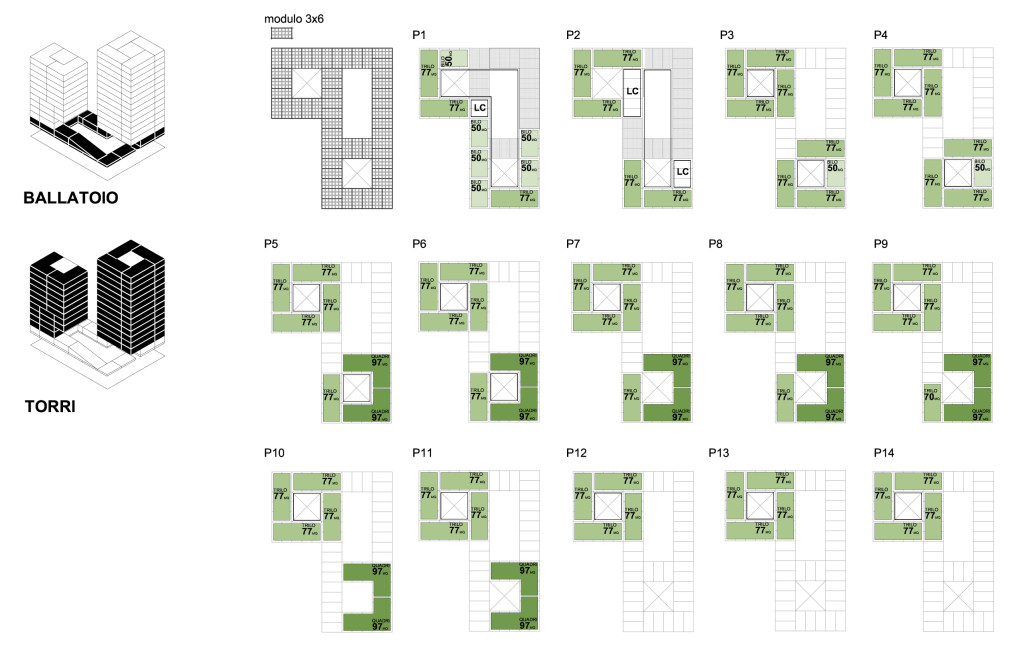 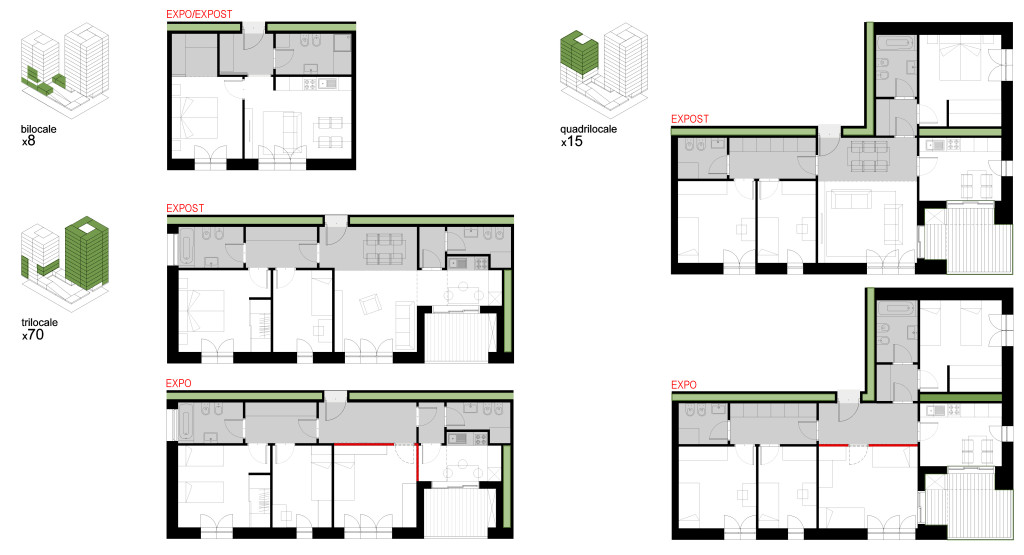 For the 14 floors of the towers was not designed a typological floor plan, but a limited number of apartment typology: the apartments are distributed according to a system that allows to change the layout at different levels and allows to absorb the elements of typological and formal variation. The apartments are arranged around the central nucleus according to a concentric scheme, which rationalises the space subdividing them into belts of serving and served spaces. Plans for both purposes, during and after the EXPO, have been drawn and will have minor adjustments and costs from one phase to the other: during the event the living room will become a bedroom and after the event this partition will be removed to make it a living area. 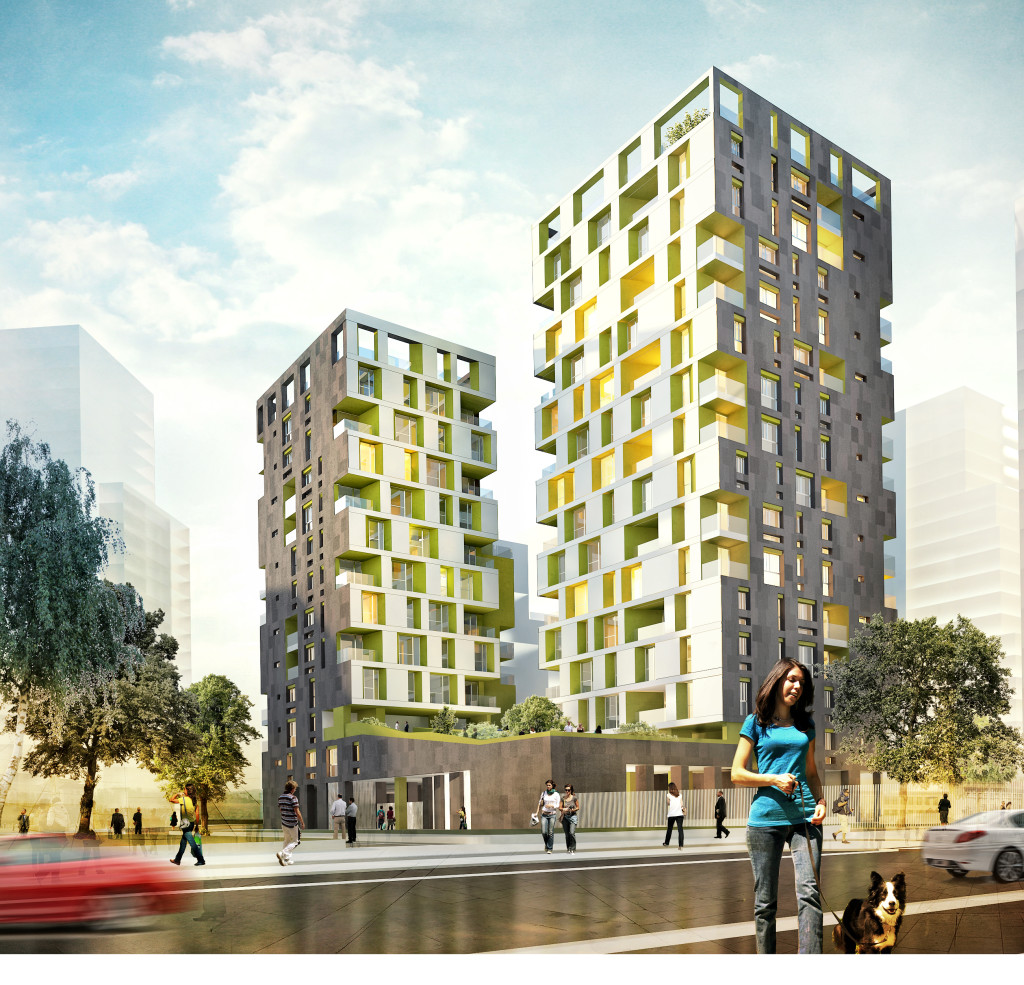